Did you know that the world famous Cirque Du Soleil is in town? I went along to the opening night last night and got to see the brand new show for myself.

Cirque Du Soleil – OVO conjures a fantasy world of insects which is interrupted by a tired yet energetic bluebottle carrying a large egg. Hence the OVO, which is Portuguese for egg.

The story follows the Foreigner (bluebottle) and his love at first sight for a ladybug and at times has the crowd belly laughing with his affectionate advances. I particularly liked his attempt at the floss!

The costumes are incredible and the background scenes very visually appealing.

If you have ever seen the Chinese State Circus and enjoyed the performances…then your in for a bigger treat with the Cirque Du Soleil.

The show kicked off with some amazing synchronisation from the Ants. It’s something I’ve seen before rolling kiwis on there feet, up until they then added an extra element and starting juggling each other as well juggling the kiwi and corn. It certainly opened up the show with a taste of what was to come!

The human trapeze was extremely exciting, if not nail biting on your edge of your seat dramatic at times too. 3 tall poles with the scarabs swinging the women throwing them from one to another, faster and faster.

There were so many dramatic acts in each half. Plenty to keep you entertained and whooping for more for the entire evening. But the concluding act of crickets trampolining, backflipping and wall climbing was an incredible way to end the show and certainly my favourite act.

Overall a very enjoyable night, and something just a little bit different. It certainly brightened up our normal mundane Wednesday evening. The whole show was bizarre yet mystifying, you just didn’t know what was coming next, every act kept you on your toes and constantly wanting mores

If you fancy yourself a taste of the action – you can book here!

Important dates of when and where to see the show

I received complimentary tickets to the opening show – however the review is completely my own opinion.

I am just about to send an email off to the Chief Exec of Cirque du Soleil because after encountering last nights performance I certainly fancy a change in career to the bright lights of the stage…not sure what act me and my Dad bod could bring to it but you never know! Watch this space! 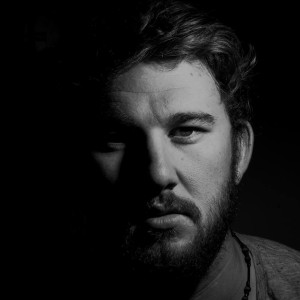 Im Lewis, a total lover of all things outdoors, travel, photography and food. Always out exploring with my little family. muddy puddles and climbing trees, its all about the adventures and memories we can make.
PrevPreviousLong Exposure of Loch Lomond – Inchmurrin
NextInchmurrin Island-Loch Lomond, Scotland adventureNext